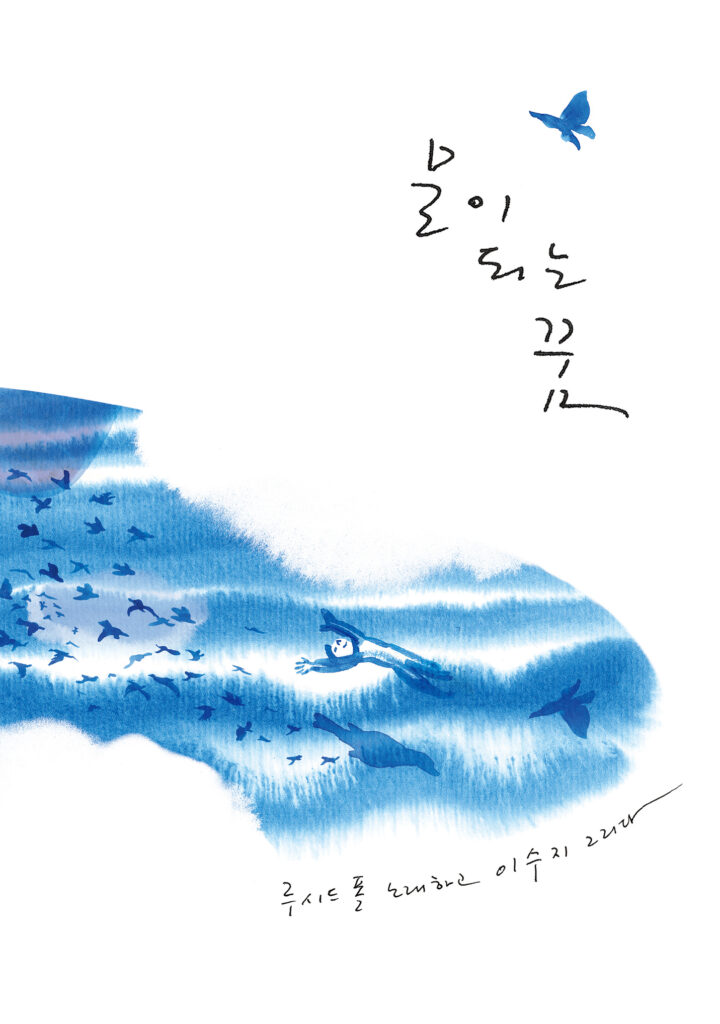 Dream to be water

This is a picture book featuring the lyrics of the long-beloved poem-like song “Dream to be water” alongside beautiful pictures.

The lyrics, which capture the tranquility and freedom of nature, have grown only deeper combined with the pictures of Lee Suzy. The image of strong, calm, and flexible water is expressed delicately and intensely with watercolors. This book also best describes the expressions of “blue” and “water,” which have appeared before in Lee’s picture books.

If readers turn the pages while listening to the song using the QR code in the text, they will be able to feel other overwhelming emotions that differ from what can be experienced when only reading the book with their eyes. This is a 5.7-meter-long folding screen picture book with handwritten sheet music drawn by Lucid Fall on the back. 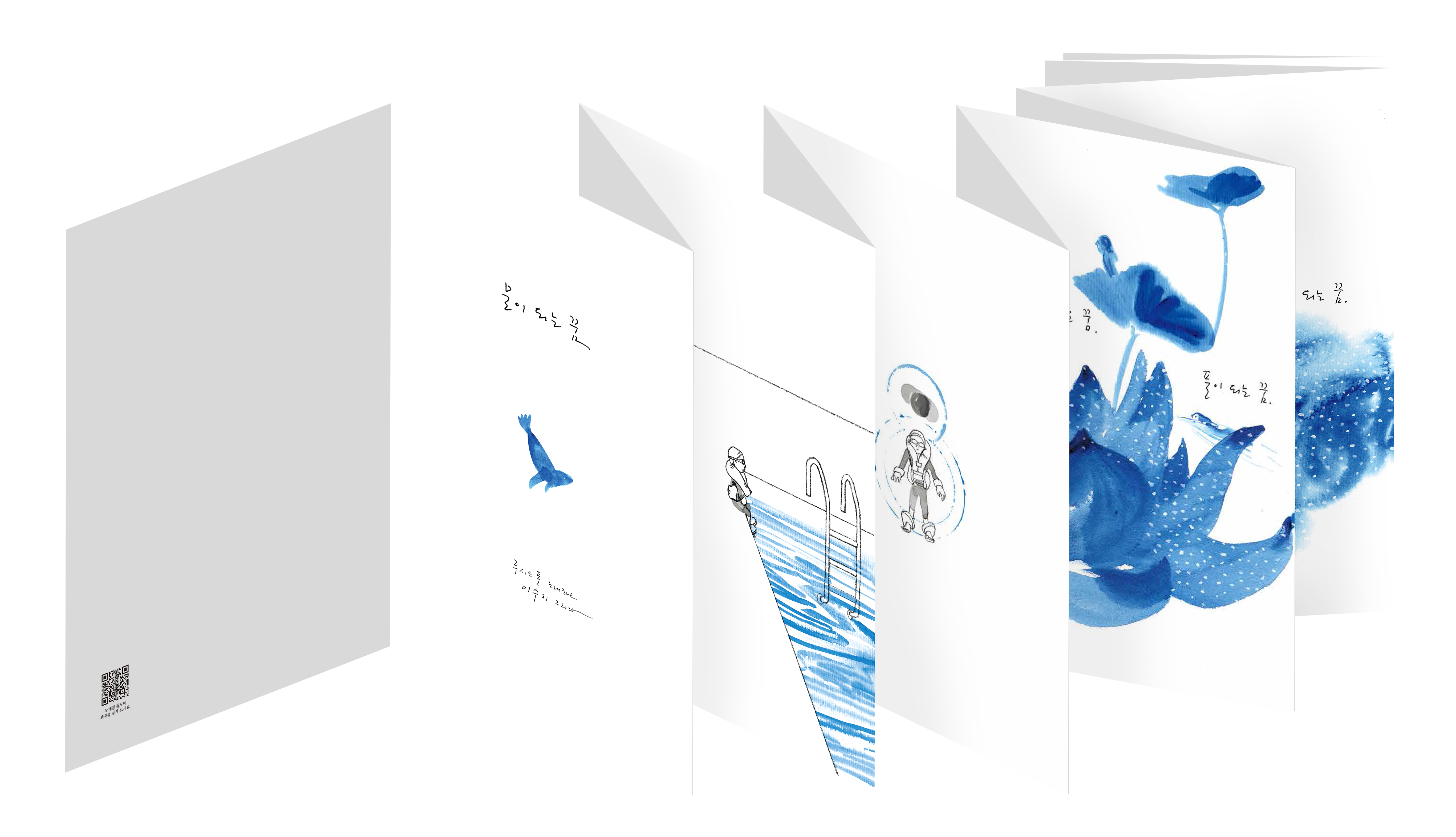 Farmer musician caring for trees. After debuting as an indie band Misun, they released nine full-length albums, starting with Lucid Fall in 2001 and ending with You and Me in 2019. Dream to be water is a song from <Oh, Love> released in 2005.

She studied painting and book art in Korea and Britain. She graduated with a BFA in Painting from Seoul National University and earned an MA in Book Arts in 2001 from Camberwell College of Arts in London.

Her picture books have been published in many countries and are highly acclaimed by critics and loved by readers. She has won Korean Publishing Culture Awards, The New York Times Best Illustrated Children’s Books Award, and the Boston Globe–Horn Book Award (Honor). The books she has written and illustrated include Shim Chung; River; Lines; Mirror; Wave; Shadow; and The Zoo. Lee has also illustrated for books, including Dream to be water; This Beautiful Day; and Open This Little Book. Currently, she is participating in the Vacance Project and running Hintoki Press.

* Learn more about her at www.suzyleebooks.com